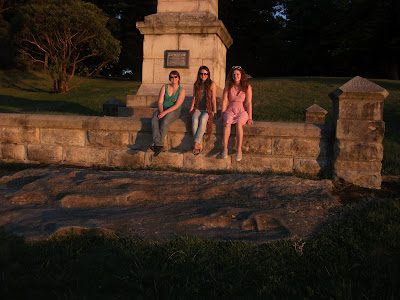 Nikki, Emma and Me at the Captain Cook Landing Site, Botany Bay. 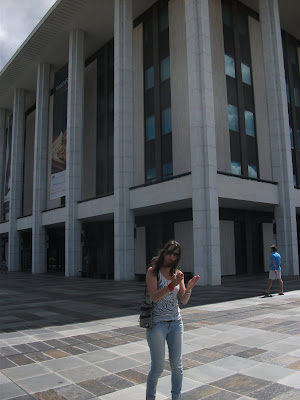 In front of the Library after seeing the 'Handwritten' exhibition. 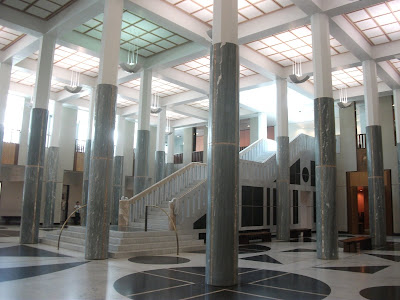 Parliament for a spot of tea with Julia. 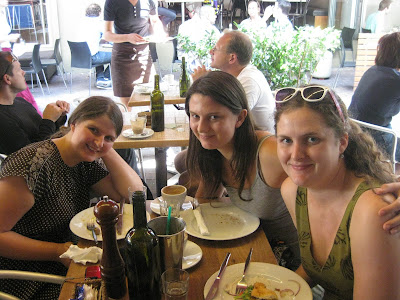 Our last luncheon before Emma gets her wisdom teeth out.

Coming back to Sydney felt like de ja vu but also rather brilliant because I was getting to stay with my friends again. The jetstar flight from Cairns was only 2 and a half hours, but the taxi driver from Sydney airport was unbelievably rude telling me I should have got the train to Tempe, knob. After a few phone calls I managed to find the spare key and get into Nikkis house for a nap and a shower. When she got home we had a brew and a chat, then made dinner. The next day we went round to the other house and saw everyone. They found my skydive dvd rather funny. I found the bunny to have grown considerably. Then Nikki drove me and Emma out to Botany Bay in the evening where we saw the monument marking it as Captain Cook's landing site. It was all very beautiful and appropriate that at the end of my trip I should go where it all started.

The next day Nikki drove me the few hours across the freeway to Canberra.
A few interesting things about Canberra, it was only built in the 1950s and was planned as the capital because before that time they didn't have one. It has a huge man made lake. It is still not complete because when they were building it they ran out of money. It's quite an odd place; when you're walking around it you sense the planned streets and the architectural design of a very young city. And as everyone there works in government they're all quite well off, and therefore drive expensive cars and dress impeccably. Well anyway, Nikki took me to the library where we saw this exhibition of handwritten documents from all sorts of people from Bach to Napolean, and Descartes to Dickens. Very interesting. Then we went to Parliament which has the worlds second largest tapestry and the Magna Carta, amongst other sacred stuff. Then we had dinner at Nikki's friends house, picked up Emma from the bus and went back to her parents for sleep.

The next day we went to the art gallery and had some lunch, saw the famous sheep staring at another sheeps bum, then it was time to return to Sydney, leaving Emma behind in Canberra to have her surgery :(
Posted by Jess Burge Blog at 16:30

Sitting in the red dirt by Ayers Rock